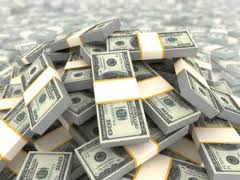 I love Pixar’s CARS, especially Mater (he could be from Oklahoma!). I also love Up, Monsters Inc., and Toy Story. And when watching them with my three buddies, I enjoy them even more (yesterday it was Epic).

All of these animated movies have one thing in common—John Lasseter. Never heard of him? He is Disney’s CCO: chief creative officer. It cost Disney $7.4B to get Lasseter; they could have had him for a lot less.

Lasseter started at Disney in the ‘70s, first at Disneyland, then as an animator, drawing cartoon figures for movies. In the early ‘80s, Lasseter became interested in computer animation, produced a test film, pitched it to Disney executives and was fired the same day—presumably because the “test film” was not authorized. It was a good thing for him; a bad move for Disney.

Lassetter went to work for Lucasfilm Computer Graphics, which was later acquired by Steve Jobs and renamed the Pixar Graphics Group. The rest is history. Pixar became the world’s number one animated film company, eclipsing

Disney with a string of hits, most of which were directed or produced by Lasseter.

More than 20 years after firing Lasseter, Disney got him back in 2006 by buying Pixar for $7.4B! Hmmm, if instead of firing him, they had kept him at a salary of $1M per year, they would have saved more than $7B (that’s a lot of zeros to the right of the 7).

Every organization, including yours, has the annoying guy or gal who is always coming up with new and crazy ideas. Kodak is in bankruptcy because they didn’t take advantage of that “new and crazy digital camera” that was actually invented by their own engineers. There was a time when computers were  new and crazy. In 1943, Thomas Watson, chairman of IBM said, “I think there is a world market for maybe five computers.” (I have four of them. How are the rest of you getting by sharing one?) Computer animation? Not at Disney, no way. That’s crazy.

The leadership lesson is that almost every new idea sounds “crazy” when first offered. Some actually are, but many are just ahead of their time. Don’t be too quick to fire the messenger and for sure don’t punish him for being creative and innovative. You may need to hire her back some day. Do you have $7.4B?

[If this post was interesting and useful, please forward it to a friend.)