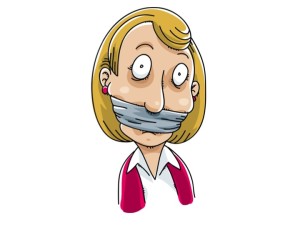 Most of you aren’t old enough to remember Frankie Valli and the Four Seasons: “Sherry”…“Rag Doll”…“Big Girls Don’t Cry”…“Walk Like A Man”—all hits I can hear in my mind even still. Call me and I’ll sing a line or two for you. (Trust me. That is all of my singing you’ll want to hear.)

One of their lesser known songs was “Silence Is Golden”:

An international study of “high-stakes projects, programs and initiatives” by the VitalSmarts organization (see Influencers by Grenny, et al), found that 88 percent of the people surveyed believed that the projects they were working on “would eventually fail.” However, less than 10% of those same people “said that it was politically acceptable to speak openly about what was going wrong.” Let me repeat: 9 out of 10 thought their project was headed for a train wreck and 9 out of 10 kept silent about it. This type of behavior is referred to as the “code of silence.” I wonder if that is why the ACA (Affordable Care Act, aka ObamaCare) website launch has been such a disaster.

If you are in leadership, one of your main responsibilities is to break the “code of silence.” You have to make it normal behavior for people to speak up—not shut up—when things are on the road to failure. How you respond to bad news will be the primary factor that determines whether the truth is surfaced or submerged. So it’s up to you. Nine out of ten people are silently watching your train run off the rails. Can you really afford that?

I would like to hear your stories of “silence is golden” disasters. Respond in the comment window.