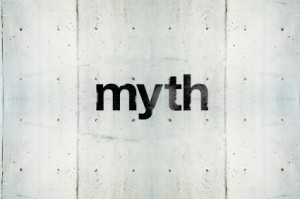 Failed change is more common than successful change in people and in organizations. According to the Katzenbach Center, only about half (50%) of significant change initiatives “accomplish and sustain their goals.” Wow—only half! A 2013 IBM study concluded that only 20%—1 out of 5—change projects are “highly successful.” Change is hard to initiate and even harder to finish. Why? Change myths are part of the reason.

Myth #1: People and organizations change when they need to. Really? Why are so many people overweight? I need to lose about five pounds. But I haven’t made the changes necessary to lose it. Some people need to stop piling up debt—but they don’t. Organizations have a lot of changes they need to make. But for whatever reason, they don’t get around to it, or when they try, it fizzles out. It takes a lot more than need to drive successful change.

Myth #2: People and organizations change when they want to. Not only do I need to lose those five pounds, I want to. Enough said.

Myth #3: Fear is an effective means of promoting change. “If you don’t…you’ll be fired.” What a waste of time. Any change that arises from fear will be short-lived and marginal. It is a sign that bosses and bullies are in charge, not authentic leaders.

Myth #5: Casting vision over and over will bring change. This is just hubris on the part of the leader—believing that people will do whatever he/she asks them to do. People and organizations do not change because of somebody else’s vision.

So what will initiate and sustain change? It’s complicated, but start with these two things: people and organizations attempt change when they have to, or when they are inspired to. The leader’s job is to inspire change before the “have to change” kicks in. Think about it.

If your organization needs change, put away your charts, graphs, and bullet points. Trying engaging people’s hearts. Try “we” instead of “me.” Try clarity instead of confusion. Try leading instead of telling. Maybe you’ll beat the Katzenbach or IBM odds.