Don’t Stomp On The Day Crickets 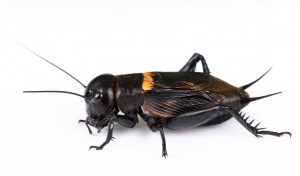 A few years back while relaxing in the North Georgia mountains, I was sitting on a cabin deck reading with one eye and trying to keep the other one open. My solitude was rudely interrupted and irritated by a day cricket. When it should have been hidden under a leaf somewhere sleeping and waiting for nightfall, it was chirping away repeatedly – chhiiirrrrppppp… chhiiirrrrppppp…chhiiirrrrppppp. One stupid cricket that was supposed to be asleep—like all the other crickets—was ruining my afternoon and potential nap by chirping away, intentionally annoying me. If I could have found it, I would have stomped on it and put me out of my misery.

In organizational life, day crickets are the ones with the crazy ideas—the ones you try to avoid when you see them coming. They think of themselves as creative and innovative; most of the organization thinks of them as a pain in the…whatever. It is true that day crickets are often chirping about things that aren’t relevant or sound more like science fiction than reality. But they are often the source of breakthrough ideas that change the future. Too often, we deal with them by stomping on them. We would be better off if we listened to them.

If Hewlett-Packard had listened to day crickets (the two Steves), HP would be Apple instead of Apple being Apple. There are hundreds of examples of day crickets being stomped on in one organization, but changing the future of another because someone would listen to them. Next time you are irritated by a day cricket, take a deep breath, steel yourself, pray for patience, then listen. You’ll be a better leader for it and maybe, just maybe, you’ll hear an idea that will change the future of your organization.