Unsatisfactory Performance Usually Has A Backstory 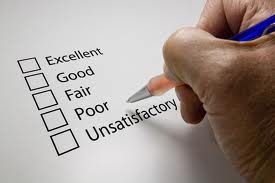 People are hired to do a job—get results. When they don’t, the easy and lazy course for leaders is a simple “get better or get out.” Actually that is not leading, it is bossing.

The truth is, unsatisfactory performance usually has a backstory—some facts bearing on the case. Effective leaders try to understand what it is, not to make excuses, but to make corrections if possible. After all, raising the performance level of a current employee (or volunteer) is often a lot easier than starting over with a new one.

Is the employee adequately trained?

Have we provided the tools needed to do the job in the time and to the level expected?

Are the performance expectations realistic and clear?

Does the employee have the intellectual and emotional capacity to do the job?

Is morale affecting the performance and if so, what is the cause of the morale problem?

Is the employee lazy? (Yes, some are.)

Are personal issues at home or here at the workplace distracting the employee?

Does this employee fit our culture and share our values?

Have we promoted the employee beyond his or her ability to perform?

Is this a job fit issue: the employee was great in her prior job, but not performing now?

If this post is interesting and useful, please forward it to friend.