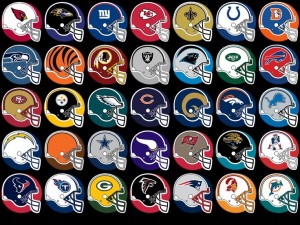 Last week, football fans all over America were glued to their TV sets watching the NFL draft—especially Round One. The first two choices were quarterbacks (Rams and Eagles); the rest of the round had 18 offensive players and 11 defensive players selected. Rounds Two and Three held a lot of interest, but by the time Round Four started, only the die-hard fans were still tuned in. Why? Round Four and later choices are considered by fans to be long-shots—they are the mortals who fill out the squad so the stars can get a breather every now and then. However, the coaches know better.

What is the truth? Only about 15% of NFL players are Round One selections. Approximately 50% of NFL players are from Round Five and later. In fact, about 25% of them aren’t drafted at all. Imagine that! Half of the players are mortals, or stars that emerged from the ranks of the mortals (for example, Tom Brady was a sixth round choice).

“One of the challenges of leadership is to recognize what people can do, turn them loose to do it, and then recognize their contribution no matter how small—or large.”
(16 Stones, chapter 9, page 103)

As a leader, are you making sure your mortals are being recognized and appreciated? Are you “coaching them up” so one or two of them may emerge as a star? Why don’t you—right now—go sit down with one of your mortals and thank them for their hard work and contribution?