Beware Of The Un-slain Dragon 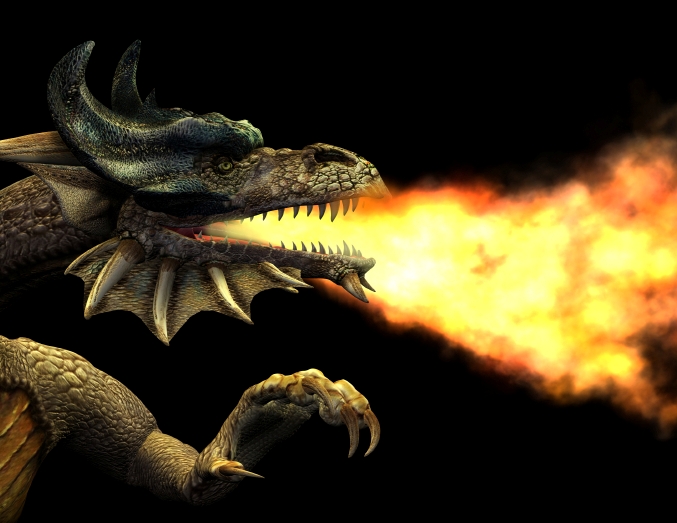 Not much has changed since Beowulf had to slay the dragons that were wreaking havoc in Denmark. First, he struck down the dragon Grendal. Later he took out Grendal’s mother—half-human and half-dragon (trust me, she did not look like Angelina Jolie of the 2007 movie). However, one dragon remained to threaten Beowulf’s reign as king, and in end, it brought him down, proving that…

It never does to leave a live dragon out of the equation. J.R.R. Tolkien, The Hobbit

Today, 1600 years later, leaders are still being brought down by un-slain dragons. Almost every organization has one or more. The dragon is the unspoken truth—the issue that most everyone knows about and fears. The dragon can stop change initiatives and sink morale. No one can do anything about the dragon except the leader. If the dragon has been around a long time, most people are resigned to the fact that the leader probably won’t ever do anything. So, the best and brightest leave for greener pastures, and everyone else hunkers down, trying to be invisible to both the leader and the dragon.

Dragons are often people: turf shepherds, abusive managers, or relatives and close friends of the leader. The most dangerous situation is when the leader is the dragon. Dragons can also be incompetence in key positions, obsolete technology, products that are endangered species, or software that doesn’t work (probably sold to the organization by the leader’s brother).

If your organization has a dragon—and it probably does—it will eventually bring you down if you don’t slay it. Most dragons can’t be reformed; they have to be removed. It is your job as the leader to get the dragon—the unspoken truth—on the table:

Leadership is equally about creating a climate where the truth is heard and the brutal facts confronted. Jim Collins

What kind of climate does your organization have? Are the truth and brutal facts confronted—honestly—even when they are about you? Are you the dragon? If you aren’t sure, get help. If you don’t, you may end up like Beowulf.

if this post was interesting and helpful to you, please forward it to other leaders you know.

Boss Is A Four Letter Word

Have you had a day like that? Do you know if you are a boss or a leader?

If “authority” is a word you use a lot—you’re a boss.

If you believe people work for you, not the organization—you’re a boss.

If you control and approve every action and decision—you’re a boss.

If you believe you have all the answers—you’re a boss.

If you love policies and rules rather than principles and values—you’re a boss.

If those same policies and rules don’t apply to you—you’re a boss.

If the best and brightest don’t stay long—you’re a boss.

If everything comes to a standstill when you’re gone—you’re a boss.

If you use budgets as a hammer—you’re a boss.

Don’t trust yourself to answer these questions objectively. Ask someone. If you are as fortunate as I was, they will tell you the truth about yourself. It may hurt, but you need to know because, “Boss is a four letter word.”