Don’t Make Heros Out Of Arsonists 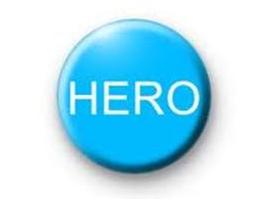 Does your organization make heroes out of arsonists? Probably. Most do. In my experience, it usually happens something like this:

Assembly Manager:     “We will run out of workarounds on Friday. So I have to have it by first thing Monday morning.”

Assembly Manager:    “Fabrication was expediting the part for us, but it got scrapped out in machining and they don’t have any more material to make another one.”

Fabrication Manager:     “We got the material late and had to rush it. My best machinist, Williams, was at the dentist, so I put Jones on it. He set it up wrong and the finished part was out of tolerance. If we had got the material on time, Williams could have made the part and we would have had it to assembly yesterday.”

Operations VP:     “When will you get more material?”

Fabrication Manager:     “Not until Friday. We’ll work overtime all weekend to have the part by Monday morning. I’ll be in here personally to make sure it happens. And Williams has agreed to come in to make the part.”

Purchasing Manager:     “We got the purchase request from Production Control late. We have a special order at the vendors, but the material—it’s a casting—won’t be ready until late Thursday.”

Purchasing Manager:     “Yeah, I know a truck isn’t fast enough, so we have chartered a plane to fly it in. It should land at the airport by 6:00am Friday.”

Purchasing Manager:     “It’s Production Control’s fault. They should pay for it.”

Operations VP call to the Production Control Manager:     “Why can’t you guys get the #@**><*!@^%!! purchase requests down to Purchasing on time? We may have to shut down an assembly line on Monday because we don’t have Part # 427bgf109942A. And we don’t have it because we had to use Jones instead of Williams to do the machining because the casting was late, and the casting was late because the stupid purchase request was late getting to purchasing.”

Production Control Manager:    “Sorry, boss. But the Program Manager didn’t release the production schedule on time so we were behind the eight ball from the get-go.”

Operations VP call to the Program Manager:   “For crying out loud. Are you guys too busy going out for drinks with customers to release the production schedules on time?”

Program Manager:     “Not our fault, boss. The computer was down 4 days for reprogramming. We have really been scrambling trying to catch up.”

Operations VP call to the IT Manager:     “What the #@**><*!@^%!! is going on down there? We have a crisis in the shop because you guys shut the computer down for four stupid days!

IT Manager:     “You must have forgotten. That new software you ordered us to install turned out to be a disaster. It took us four days to get it debugged. Even now I’m not sure it’s working right.”

Fast forward to the next Monday morning operations meeting:

Fabrication Manager:     “My guys did a great job this weekend. I was here all Saturday night with Williams to make sure we set up the machining correctly and carried the part to heat treat myself.”

Purchasing Manager:     “The vendor really came through for us. The buyer was there Thursday to carry the part to the chartered plane and flew back with it. It was a Citation V. Did you guys know they serve free drinks on those things?”

Operations VP:     “I am really proud of you guys. You saved the day for us. I’ll make sure the corner office hears about this. He’ll want to personally thank you, maybe even take you to lunch.”

This is a classic case of making heroes out of fire fighters for putting out a fire they started themselves—heroes out of arsonists.

Don’t fall into this trap. There are people in your organization who prevent fires, or put out fires other people start. They seldom get attention in meetings because they aren’t often in crisis mode. Take a few minutes today to seek them out and thank them. Maybe even take them to lunch. They are the real heroes.