Are You Feeding The Hippos? 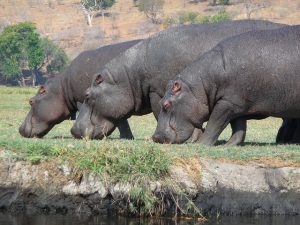 Ernesto Sirolli—dubbed The Entrepreneurship Coach by strategy+business—tells this story about one of his early failures:

[We] decided to teach Zambians how to grow food in the beautiful fertile valley where they had always lived as pastoralists, shepherding animals but planting nothing. The team imported seeds from Italy—tomatoes and zucchini—but the locals didn’t seem interested. The team tried to pay them money, but there was little in the valley available to buy. Finally, the NGO started importing whiskey and beer in order to coax the men into the fields. “We kept thinking, what is wrong with these people?”

It soon became apparent. The tomatoes appeared on the vines, huge bursting fruits that put the most bountiful Italian crops to shame. The team members were joyful, but the next morning they awoke to find every single one of the plants gone. Hippos had swarmed up from the river and begun gorging. The Italians ran to tell the Zambians what had happened. “Of course,” said the people. “That’s why we don’t plant in the valley.”

“Why didn’t you tell us?” asked the Italians.

“Because you never asked,” came the response.1

I have made the same mistake many times. One of my notable failures was when I decided I could run a shipyard without knowing anything about building ships. FAIL.

The primary advice Sirolli gives business leaders is “Shut up and listen.”

That reminds me of one of my favorite, but too often ignored proverbs: “Even a fool is thought wise if he keeps silent….” (Proverbs 17:28 NIV)

I need to learn to take my own advice.

Dick, repeat after me:
Listen first;
Then ask….

Dick, repeat after me:
Listen….